NOW until november 2015: finding supporting bands and musicians (exact date for charity concert and a location is what we need from you)
december 2015 to february 2016: crowdfunding campaign / ticket pre-ordering-system (during this stage, it will still be possible to participate when you match the requirements stated above)

march 2016 to december 2016: the charity concerts take place
an idea we had: it would be nice if all charity concerts would take place in the same month: march 2016. So if it’s possible for you as a musican or band, making your charity concert in march 2016 would be nice. but it’s not a must be. just a nice to have. we want to give everyone who wants to participate the possiblity to do so, so we opened up whole of 2016 (starting from march) for the series of concerts. feel free! pick a date you like!

a more detailed plan for bands and crowdfunding community:

the preorder-ticketing system on startnext will look like this: 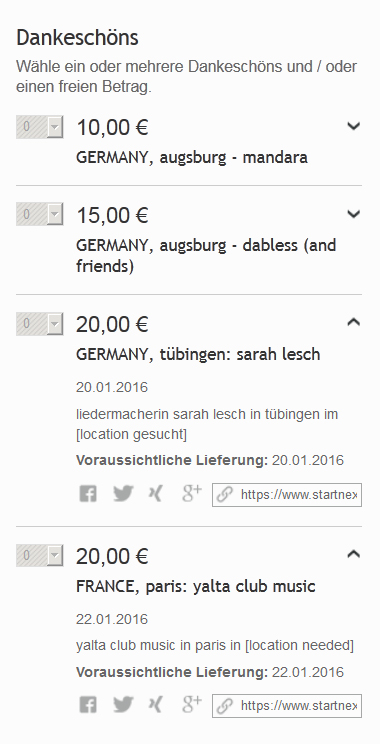 welcome home sampler - get to know the musicians who support us